How do I get Math & Logic?
Math & Logic app is available for free on Google Play, iTunes App Store, and Amazon App Store.

What devices can I install Math & Logic on?
You can install Math & Logic on almost any smartphone or tablet, however, kids often perform better on larger tablets such as the iPad 2 or later (best option), or the 7-inch Kindle Fire (3rd generation, 2013, or later).
ATTENTION ANDROID USERS: STORAGE PERMISSION IS NECESSARY FOR THE APP!
During installation select YES when asked “Allow the app to access photos, media, and files on your device?”
If you select NO, the app may freeze on the introductory screen.
If you have already installed Math & Logic, go to Device Settings/Device/Applications/Applications manager; Scroll to the Math & Logic app / Permissions; Set the Storage permission On.

I plan to purchase a tablet to use Math & Logic. What is the least-expensive tablet I can buy?
We recommend the Kindle Fire, 7″ Display, Wi-Fi, 8 GB for 49.99.

HOW DOES MATH & LOGIC WORK FOR CHILDREN?

What age(s) is Math & Logic suited for?
We expect Math & Logic to have the greatest benefit for kids ages 3-10. Take into account that Math & Logic uses adaptive-learning technologies, meaning that the exercises will adapt to a child’s performance, resulting in a customized learning experience.

What type of games are available in the Math & Logic app?
Math & logic offers thousands of fun and interactive learning activities:

Why do all the answers have to be dragged into place? Why not just tap the correct answer?
All ImagiRation games involve dragging the answer into the correct position. We never use the tap interaction in our puzzle exercises. While tapping on the correct answer may be easier for a child, there are several reasons for why we decided to only use the drag-and-drop mechanism.

First, using drag-and-drop avoids accidental answers. Any unintentional touch of the screen in the area where answers are shown results in the program counting an incorrect solution. In an adaptive game environment, this may result in the erroneous reduction of a game’s difficulty level just because a child unintentionally tapped an answer on the screen.

Second, tapping the screen does not involve much effort. Children often end up intentionally tapping on all answers until the correct answer is found. Such a trial-and-error approach does not benefit a child’s cognitive development. Drag-and-drop, on the other hand, forces the child to invest a lot of his attention into holding and dragging the solution into the correct position. This provides an additional incentive to first solve puzzles mentally, and only then drag the answer into position.

Finally, drag-and-drop mechanism improves a child’s fine-motor control. Improvement of fine motor control has shown to be associated with improvements in cognitive development as well.

My child sometimes picks up an object accidentally when solving puzzles. Does this count against his overall Math & Logic Score and the game-level difficulty?
We try out best to not count accidental drags towards your child’s overall score. If the app can tell the drag was accidental, we eliminate this data so that it does not affect the adaptivity of Math & Logic or the progress in levels. You will notice that incorrect answers will result in Mr. Smiley reacting, while during accidental drags he will not provide any feedback.

My child seems more entertained by apps like Puzzingo or 22Learn than Math & Logic. Are apps that are more visually stimulating better?
It is hard to decide which apps have educational value and which do not. We recognize that many of the apps out there for kids may look similar to you – they all have pieces that need to be dragged into targets.

Given the choice, children will want to play the easiest games that provide the most sensory stimulation. To avoid the problem of your child switching to a different app on his own, we suggest locking the device to the Math & Logic app. It is very easy to lock a device on any app. Please read How can I lock my device so that my child doesn’t get distracted with other apps below.

Is there any benefit in guessing the answer?
The benefits of solving puzzles greatly diminish if a child is relying on trial-and-error as opposed to active mental simulation. Please make sure your child really thinks about the answers instead of guessing. Encourage your child to solve puzzles mentally, and only then drag the answer into position.

How will I know how my child is doing?
We are pleased to introduce the Math & Logic Progress Report, which can be found by navigating to the Parent’s Corner of Math & Logic. This section features a number of parameters to help you track how your child’s is progress. This includes the Achievement Score and the Success Rate metrics, as well as tools to visualize your child’s performance over any time period. To access the Progress Report, tap Parent’s Corner > Progress.

How long is the Math & Logic app good for?
With consistent usage, a child could complete all Math & Logic games in 2 to 6 years.

My child gets tired and isn’t able to complete a daily Math & Logic path. There are too many games and puzzles before the big PlayTime reward. What can I do?
If you feel your child is struggling with too many puzzles or games before being rewarded with Playtime, you can adjust the # of puzzles and games your child needs to complete in his/her daily session. Simply navigate to Parent’s Corner > Settings to make adjustments.

You can also try the following:

How can I lock my device so that my child doesn’t get distracted with other apps?
We recommend locking your device to Math & Logic so that your child can focus on exercises.

For iPad and iPhone:

Once Guided Access is enabled, if your child tries to leave the app, a banner message will appear telling them to triple-click the Home button to exit. If they don’t know the passcode, they won’t be able to exit Guided Access.

We also recommend you disable multitasking on your iPad:

My child is struggling to finish the Daily Path. What should I do?
To make it easier for your child to reach Playtime, please do the following:

The Daily Path is too easy for my child. What should I do?
To make it more challenging for your child to reach playtime please do the following:

I want to use Math & Logic with more than one child. Can I do that?
We currently do not have the ability to create multiple accounts. Since Math & Logic is adaptive in both the selection of games and in each game’s difficulty level, the same device should not be used for more than one child. We highly recommend assigning each child a personal device. This way the device will adapt the child’s game setup and difficulty level in each game.

You can install Math & Logic on almost any smartphone or tablet, however, kids often perform better on larger tablets such as the iPad 2 or later (best option), or the 7-inch Kindle Fire (3rd generation, 2013, or later).

Can I transfer my child’s data from one device to another?
At this time, you cannot transfer data automatically to a new device.

However, you can go to Parent’s Corner>Settings and manually copy all of the settings from the old device to the new device. That will ensure that your child will resume the Math & Logic from where he or she left off on the old device.

The app freezes and won’t load onto the next screen. What can I do?
Try restarting your device and open Math & Logic again.
ANDROID USERS: STORAGE PERMISSION IS NECESSARY FOR THE APP!
During installation select YES when asked “Allow the app to access photos, media, and files on your device?”
If you select NO, the app may freeze on the introductory screen.
If you have already installed Math & Logic, go to Device Settings/Device/Applications/Applications manager; Scroll to the app / Permissions; Set the Storage permission On.

How do I pay my Math & Logic tuition?
Tuition is processed by the app store where you have downloaded Math & Logic as subscription. We do not have user accounts.

I have purchased the premium version through my app store, but the app  still does not have the premium features unlocked.
This happens to approximately 1 out of 1000 subscribers. Let us fix this.
1. Try restarting the device.
2. If restarting the device did not help, purchase the app again, maybe the first time the transaction did not go through. Your store will never charge you twice for the same product.

I no longer use Math & Logic. How can I cancel my subscription on an Android device?

I no longer use Math & Logic. How can I cancel my subscription on an Apple device? 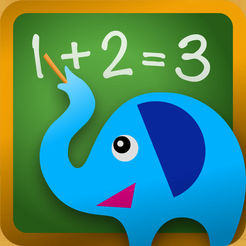