This game teaches to interpret active and passive verb tenses. A short story is told followed by a question. For example: ‘Imagine: Animals were playing catch up. The lion overtook / was overtaken by the monkey. Who won?’ In more advanced levels, a story can include more animals: ‘The lion overtook the monkey, but was overtaken by the giraffe. Who won?’ This game has over 100 million instruction variations, making it impossible to remember all combinations. 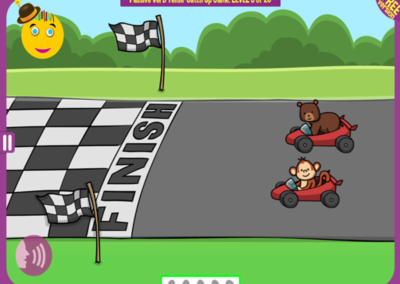 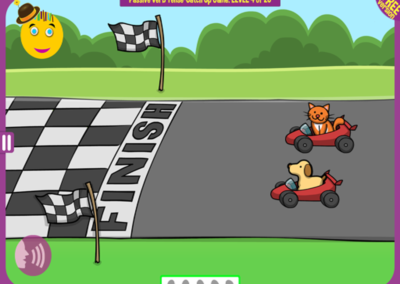 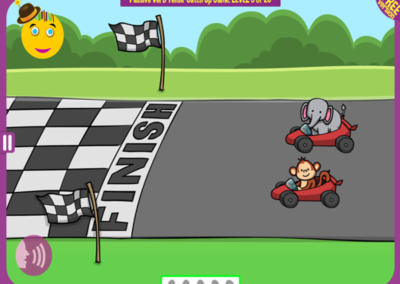 Level 5 of 20: The monkey finished behind the elephant. Who won? 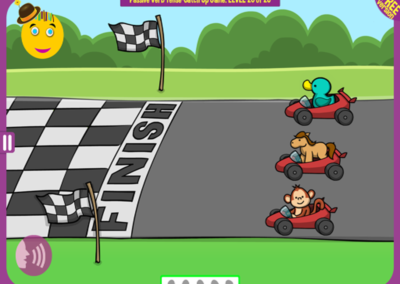 Level 20 of 20: The monkey overtook the horse, but finished behind the duck. Who won?